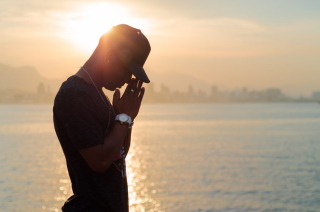 Nipsey Hussle's ex-wife, Tanisha Foster, may also be set to request that she be appointed administrator, giving her access to Nipsey's millions.

Hussle’s estate is estimated to be worth $2 million. Pursuant to California law, that money would be shared equally between his two children. They are 10-year-old Emani, who he shared with Tanisha, and two-year-old Kross, whom he fathered with his longtime girlfriend Lauren London.

As previously reported, Samiel Asghedom, aka Blacc Sam, recently filed legal documents making a request to be designated as the administrator of his younger brother's estate, because Nipsey died without a will. A judge will make a ruling on this request early this summer.

iHeartRadio’s recent article, “Nipsey Hussle's Ex Wants Access To His Money; Plans To Take Family To Court” notes that Tanisha is also fighting for custody of the daughter she shared with Nipsey. A judge recently ruled that Nipsey's sister Samantha Smith would maintain custody of his 10-year-old daughter for the time being.

If Tanisha is someday awarded custody of Emani, she would have some say in the handling of the money the girl is set to receive from her father's estate. Tanisha was recently seen storming out of the courtroom, after the judge's ruling to give temporary custody to Samantha. In tears, she said that she was "pissed off" about this decision. There’s another court hearing to discuss the custody of Emani scheduled for July.

Nipsey's ex-wife claimed Samantha took custody of Emani, after the rapper was killed in late March and refused to return her. In court documents, Tanisha objected to Samantha's earlier filing to be named guardian of the 10-year-old, arguing that her biological ties support the fact that she should be awarded custody.

Tanisha also claimed that Emani was visiting her father Nipsey on the day he was murdered and said that Sam "unlawfully took the minor and as of this date, despite objector’s demand, refused to return the minor to Objector." She also said she believes "the best interests" of Emani are not being served by Sam's "act of removing the minor from her mother’s custody; and by refusing contact between minor and mother."

Samantha submitted an emergency request to be appointed as temporary guardian to Emani in April. However, that motion was denied, after a judge said there was "No urgency demonstrated for granting this relief prior to the hearing on May 14th.”