Why Are Veterans’ Medical Claims Being Denied? 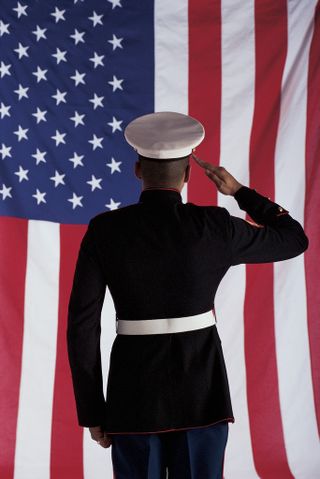 When a former Coast Guardsman had to go to the emergency room because her appendix was about to burst in September 2016, she thought her insurance would take care of the cost. This veteran had two kinds of insurance, a private plan she paid for and her Veterans Affairs benefits.

NBC News’ recent article, “VA wrongfully denied $53 million in veterans' medical claims in one 6-month period, says report,” reports that the emergency appendectomy went well. The vet made a quick recovery. Her private insurance covered the lion’s share of the $20,000 bill for her hospital stay. However, six months later, the VA denied her claim for the remaining $2,500. This placed the vet in an unexpected financial bind.

She has been appealing ever since.

"It's one of those things where you thought that they would be there and they're not," the Coast Guard veteran explained. She also adopted her nephew soon after the surgery and has been watching her budget to care for him.

The vet believed that she was living in her own private insurance hell, until a report from the VA's Inspector General showed many issues in the way that the VA reimburses veterans for emergency care at non-VA facilities. In one recent six-month period, the VA left about 17,400 veterans to pay out-of-pocket for emergency medical treatment the federal government should have covered. The report said that between April 1 and Sept. 30, 2017, veterans who received emergency care at non-VA facilities had to pay $53.3 million in medical bills.

Members of Congress, including the chairs of the House and Senate Veterans Affairs Committees want answers.

"No veteran should be afraid to seek care in an emergency room," said Rep. Chris Pappas, D-N.H., who signed the letter. "Clearly the bureaucracy is favoring speed over accuracy, it's favoring efficiency over the health of our veterans. We've got to make sure that we're putting veterans first."

The Inspector General found that the office that processes emergency claims had been prioritizing speed over accuracy. This happened as workers were offered incentives, like overtime pay, for processing claims quickly and without concern for accuracy.

The report said that 31% of denied or rejected emergency care claims had been inappropriately processed.