What States are Most Concerned with End-of-Life Issues? 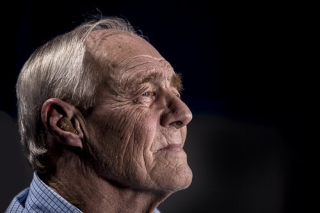 Although many have ramped up community outreach efforts, the dread of thinking about death has been a roadblock for hospice providers in some parts of the country, says the Home Health Care News in the recent article, “These States Are Most Concerned About End-of-Life Issues.”

As a state with a large senior citizen population, California’s spot in the latter group was somewhat surprising to the researchers. They found that population size has little to no bearing on concern or awareness toward end-of-life issues. They assumed that states like California or Florida, two states that have some of the highest senior citizen populations in the country, would rank at the top of our list for end-of-life issues. However, it turned out that states in the Midwest, like Wisconsin, South Dakota, and Ohio are more concerned about these issues.

To determine which states are thinking the most about end-of-life issues, the study evaluated the prevalence of certain targeted online search terms, like “palliative care,” “estate planning,” “end-of-life care,” “home care,” “caregiver” and “assisted living.” The term “home care” ranked the highest in northeastern states like New York, Pennsylvania, and Connecticut. New York’s interest in home care could, perhaps, be explained by the fact that home health aides and personal care aides are among the state’s largest occupational group, the researchers contend.

Nationally, home care employment is anticipated to increase by more than 40% between 2016 to 2026, according to the U.S. Bureau of Labor Statistics. They found that a state’s interest in a given end-of-life topic was based on a health care-related issue unique to that area.

Although Alaska was toward the bottom of the study, it was first in hospice admissions growth from the second quarter of 2017 to the same period in 2018. In fact, the state’s hospice admissions increased by more than 17%, far outpacing Wisconsin 6.5% growth, according to the latest data.