How Will Student Loans Change Next Year? 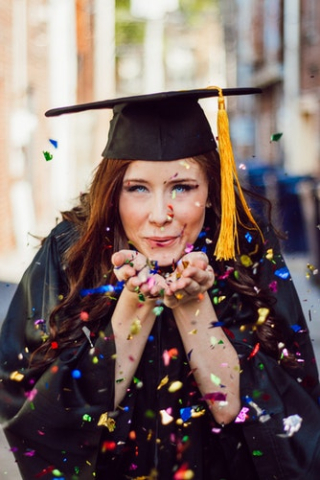 Forbes’s recent article, “Expect These Student Loan Changes In 2020” says that Congress is the branch of government that will have the biggest (or smallest) effect on the future of student loans.

Here are a few of the issues being discussed concerning student loans:

Free College. While many Democratic presidential candidates are in favor of “free” community college, others are divided on tuition-free public colleges, which would need federal funding and state cooperation.

No Origination Fees on Student Loans. House Democrats have proposed The College Affordability Act, which would update the Higher Education Act of 1965. The bill would get rid of origination fees, when taking out student loans.

Income-Driven Repayment. An income-driven repayment plan, like PAYE and REPAYE, limits your monthly student loan payment, based on your discretionary income and then allows for student loan forgiveness after 20 to 25 years of on-time payments.

After 20 years of student loan repayment, the rest of your federal student loans balance would be forgiven. That amount wouldn’t be subject to income tax.

Public Service Loan Forgiveness. President Trump proposed to eliminate this program, and instead wants a single income-driven repayment plan that would limit monthly student loan payments to 12.5% of discretionary income and forgive federal student loans after 15 years. Biden says this is broken, and he’d create a new program that offers $10,000 of undergraduate or graduate student loan debt relief for each year of national or community service (up to five years). If you work at a school, in the government, or for a non-profit, you’d be enrolled automatically in this program.

Discharge of Student Loans in Bankruptcy. There’s a bipartisan proposal to let borrowers discharge their student loans in bankruptcy.

Student Loan Refinancing. The College Affordability Act would allow borrowers to refinance their existing student loans to today’s interest rates. The federal government now doesn’t refinance student loans, you have to use a private lender. 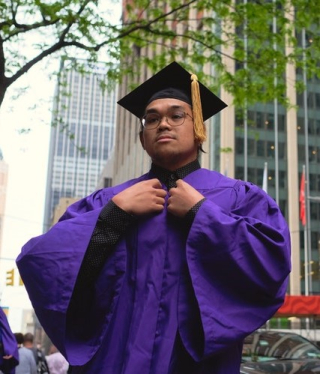 Billionaire Robert F. Smith told nearly 400 graduates of the historically black, all-male Morehouse College in Atlanta at their May graduation ceremony that he would pay off those loan obligations, so they were free to pursue their next chapters. The gift is believed to be worth $40 million.

Graduates likely won't face any tax liabilities on the money. The IRS will consider the money a “gift.” The IRS policy is “no tax on receipt.” This means typically the person who receives the gift doesn’t have to pay tax on it.

Fox Business’ article “Will the IRS tax Robert F. Smith's gift to Morehouse grads?” explains that the lender didn’t forgive the debt, so there’s no cancellation of indebtedness income. The students also didn’t do anything to “win” the debt repayment, such as winning a lottery or another competition.

However, Smith’s situation might be a little more complicated, depending on how he plans to pay the debts.

A gift is generally not considered deductible, unless it’s given in the form of a charitable contribution. So if Mr. Smith were to pay the checks directly from his personal account, he wouldn’t be able to claim a deduction. However, he could structure the payments in a way such that he’s giving the money to a charitable organization. This could be giving it to the school for the specific purpose of paying the students’ loans. In addition, Smith could create a private foundation and transfer the money that way.

To use a charitable deduction, Smith would have to give the money to an established charitable organization.

Another option is for Smith to claim that he made the decision to advance his business reputation with the thought of raising income for himself or his business. He started the private equity firm Vista Equity Partners and has an estimated net worth of $5 billion, according to Forbes.

The gift tax exclusion amount in 2019 is $15,000 per year. This means that gifts up to that amount are not usually taxable. For gifts above that, the giver may be required to fill out a Form 709, or gift tax form.

Research shows that outstanding student loan debt has doubled over the past decade to more than $1.5 trillion in 2018. This debt is now second only to the amount of mortgage debt held by Americans.